Yes, it can be done!

My garden was full of beets last week.  I wanted to cook them but I don't like to boil beets unless it is for pickling, and I did not want to turn on the oven (hot!).  When I searched for slow cooker beet recipes online, everything suggested wrapping them individually in aluminum foil before tossing them into the Crock Pot.  This seemed like a pain to me as well as a waste of aluminum foil.  There had to be a better way....

Enter Ricardo Larrivée, one of Québec's culinary greats and author of Slow Cooker Favourites. (This is a fantastic cookbook - I use recipes from it often and it is also available in French.)  The book contains a recipe for an orange beet salad - with the beets cooked in the Crock Pot using orange juice.  Personally I'm not a big citrus person - but I wondered if I could adapt the recipe to my own tastes.  Namely, if I could cook the beets in the Crock Pot with apple juice instead of orange juice.  Answer: Yes!

What I used;
3 lbs of beets
3 cups of apple juice
Salt for seasoning
A dash of balsamic vinegar

That's it!  I trimmed the greens off the beets, washed them, through them in the Crock-Pot with the ingredients listed above and let it cook on LOW heat for 4 hours.  That's it.  Done.
(Note: I tried it a few times, it was good every time, the ratio I used was 1 cup of juice per pound of beets.  Also, cooking time may vary depending on the size of beets being used.)

The beets were ready to go - delicious on their own, with salt as a side dish, diced on a salad, added to Israeli couscous with other vegetables and feta, or sprinkled with goat cheese.  My personal favourite is to slice the beets, add some sliced apples, chopped nuts, goat cheese, and a sprinkle of maple syrup and olive oil.  This is a delicious salad.  Truly. 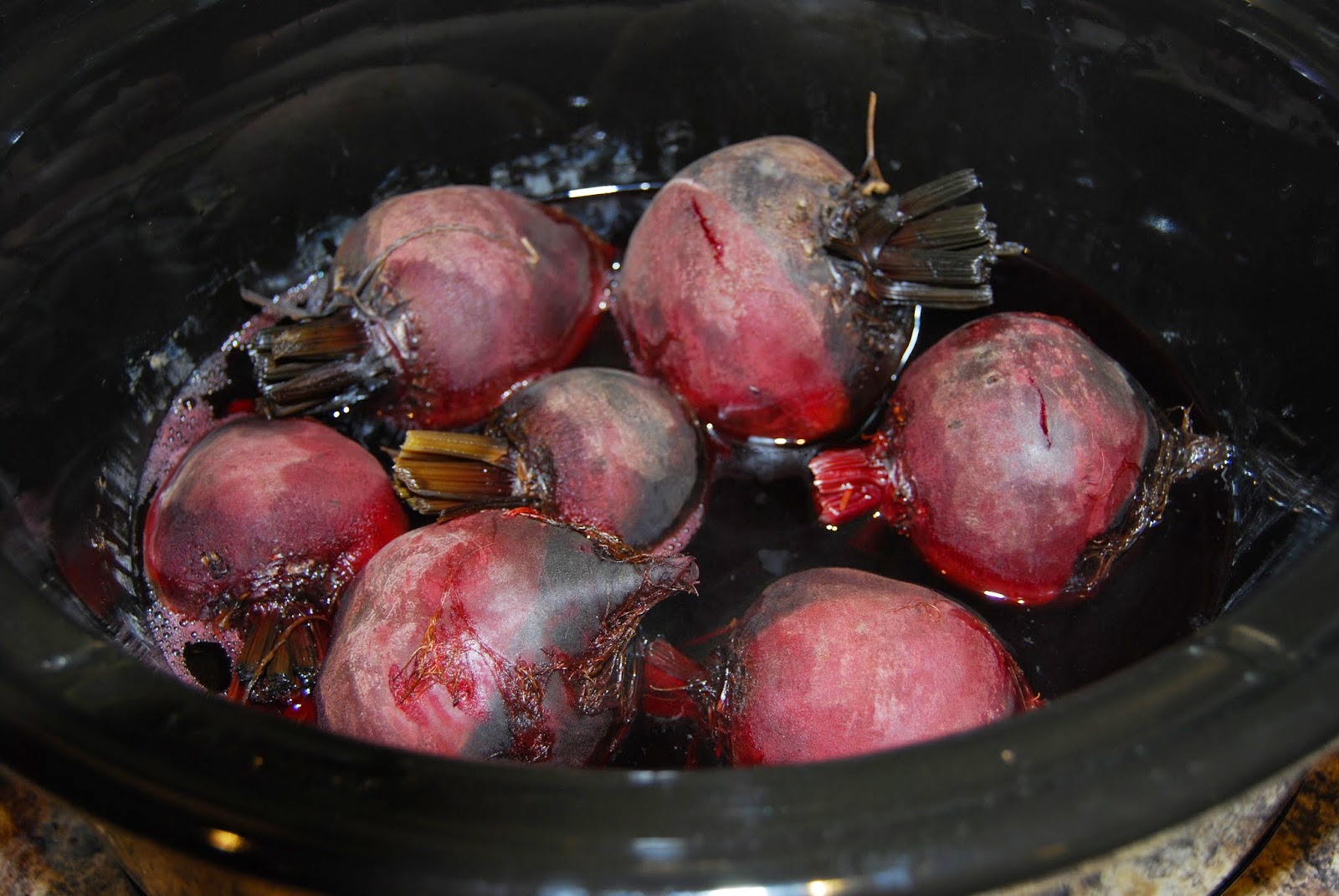