The end of October is slowly (or quickly) approaching.   After going through a pile of receipts this morning and updating my grocery tracker (also known as an Excel spreadsheet), I thought it might be time for an update.

You may recall that September was a pretty big spend month on groceries in our house.  We came in just shy of $700.00.  So far this month the grocery tally is less than half that amount, with our current October grocery spending sitting at $323.51.  Although I have done a bit of stocking up this month it is much less than in September as the sales are not as plentiful.  I expect our next big spend month will fall between late November and early December as holiday sales come out in full swing.

How have we saved money so far this month?

Aside from shopping the sales...

Our big savings this month came from redeeming our annual cash back cheque at Costco.  I love Costco.  Last year when our membership was up for renewal, I decided to go with a regular membership instead of the Executive Membership.  Partway through the year it became apparent that I should have stuck with the Executive Membership, so I renewed it at a pro-rated amount.  And so, this month I used our annual rebate coupon (which was for $84.04) in order to get the following:

It was fantastic being able to pick up all of these things free of charge.  We have decided that this year we are going to renew with the Executive Membership for the entire year - we will see if it turns out to be worth it.  Costco is aggressively expanding in Canada and in many cases I find their prices are becoming even more competitive.  In addition, they are starting to carry more and more products that we use in our house.  For example, Costco recently started carrying Dove's Men Care deoderant/antiperspirant in packs of 5 for just under $15.00.  This is an excellent price. 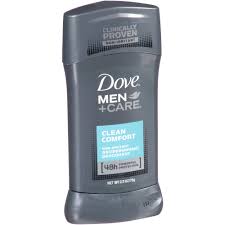 The next few weeks I will be trying to keep the grocery spending pretty low....and we will see the full breakdown at the end of the month.  In the meantime I am starting to turn my attention towards some DIY Christmas gifts which I am looking forward to sharing with you soon...
Posted by Life Freedom Family at 7:19 AM