In the interim, a few notes about the birthday party...

I started trying to plan a big Truck and Tractor themed extravaganza.  At some point I realized I did not have the energy, more specifically the time, to do present Modern Motherhood Perfection at the party, so I toned the plans way down.  We invited family and a few friends over for an open house style party.

The party started with some appetizers that are featured in the current issue of Ricardo magazine. 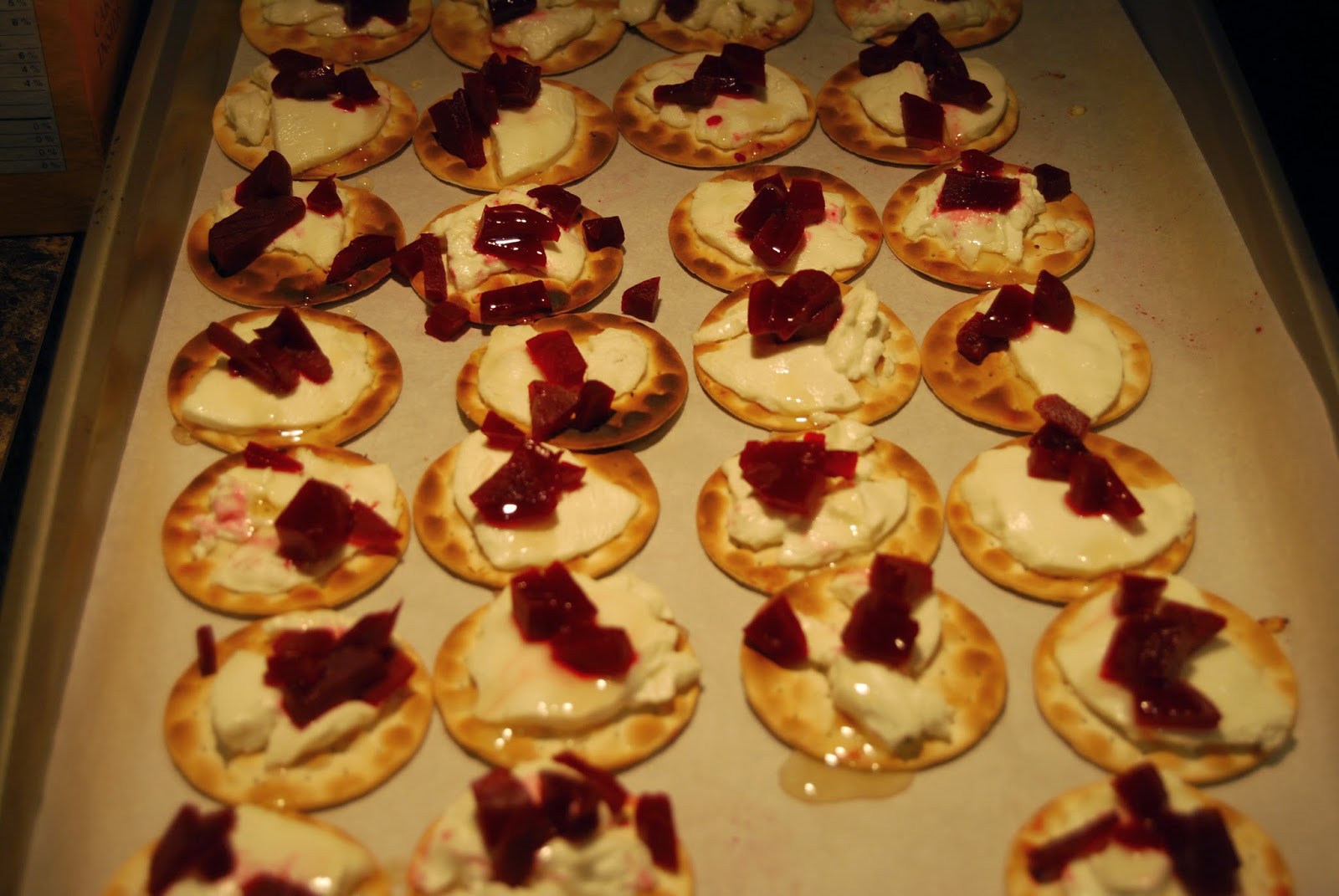 Goat Cheese and Beet Crackers - this is a super simple but super delicious appetizer.  I made it using pickled beets from my garden that I canned this past summer, Carr's crackers, goat's cheese, and honey.  They were quick and easy.  One note: keep a close eye on these while they are under the broiler - it does not take long before the crackers start to burn.

The substance of the meal involved a frozen turkey, which I am a huge fan of as previously noted.

The day before the party, I roasted a turkey.  The day of the party we sliced it for sandwiches and we had a make your own panini buffet (even though we actually just had buns from Costco and no paninis).  If you are looking to save money, it's actually cheaper to do the roast turkey dinner but given lack of space and the number of people we were having I wanted something that would be easy for people to carry and eat. 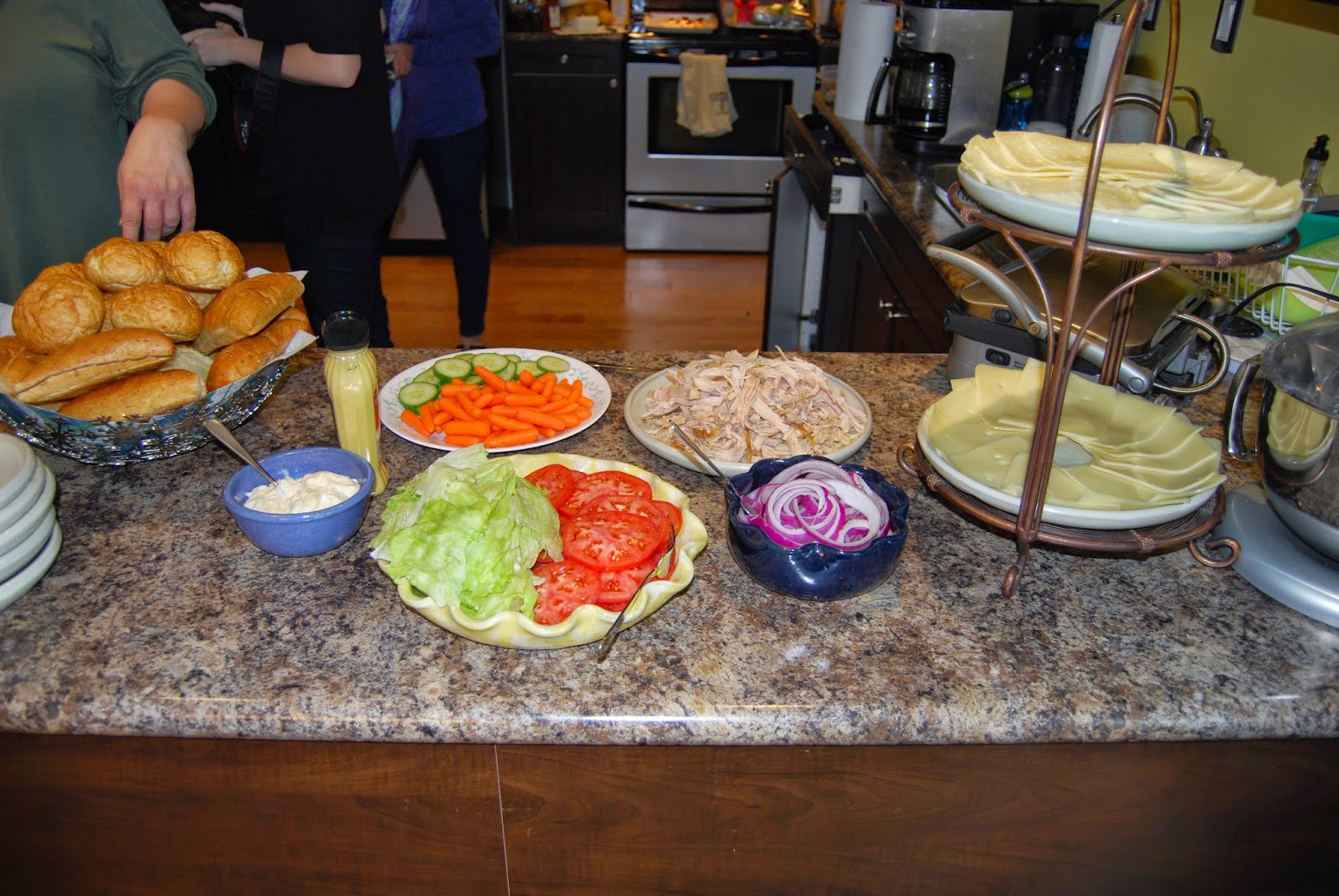 And there you have it.  Buns from Costco (which I presliced before putting them in the basket), mayonnaise, dijon mustard, some vegetables, lettuce and tomatoes, red onion, turkey, Swiss cheese and Havarti cheese, all lined up in a row before the Cuisinart griddler with panini press.  I had lots of refills for each station waiting in the wings (it was a 16lb turkey!).

Finally, there was the dessert buffet. 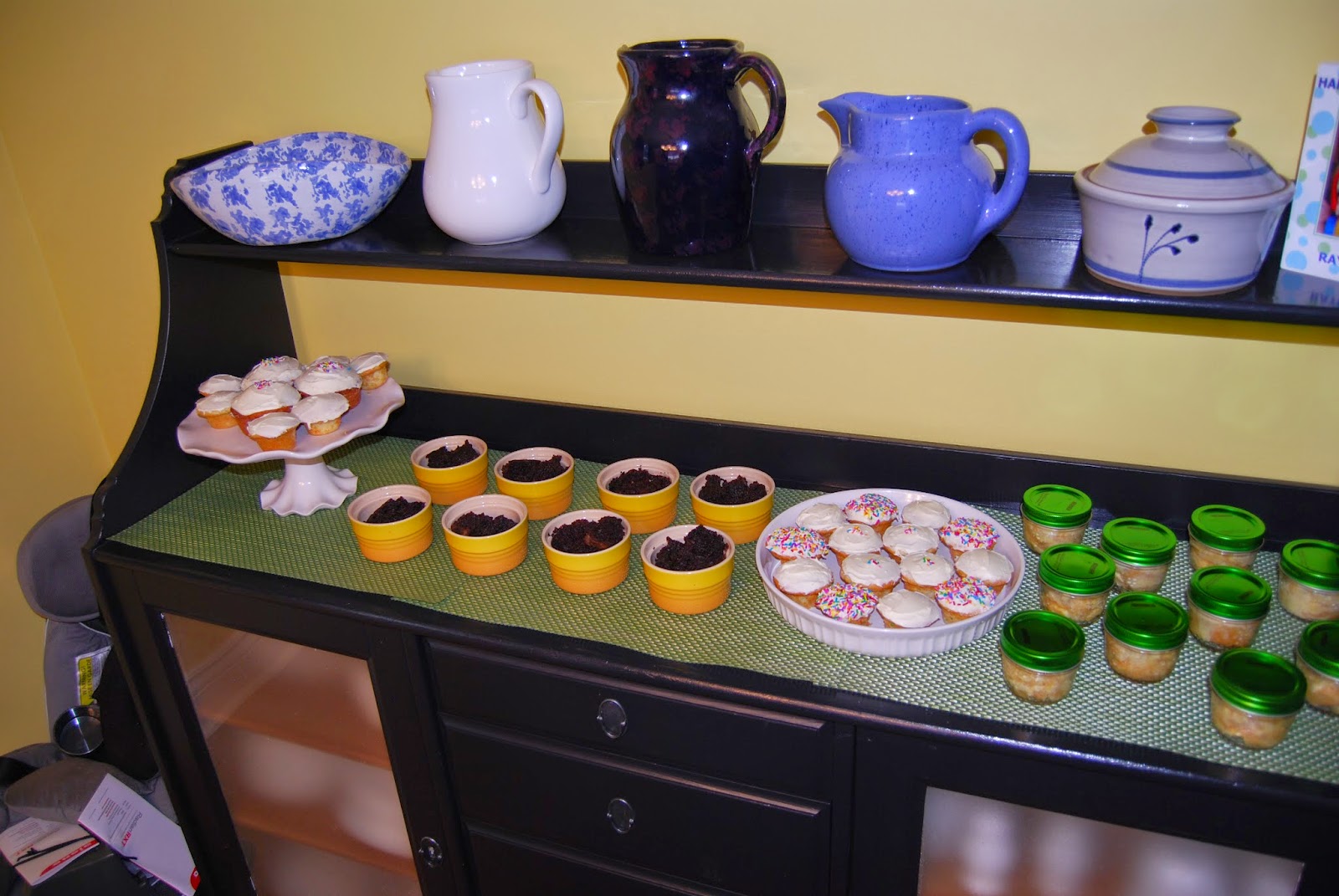 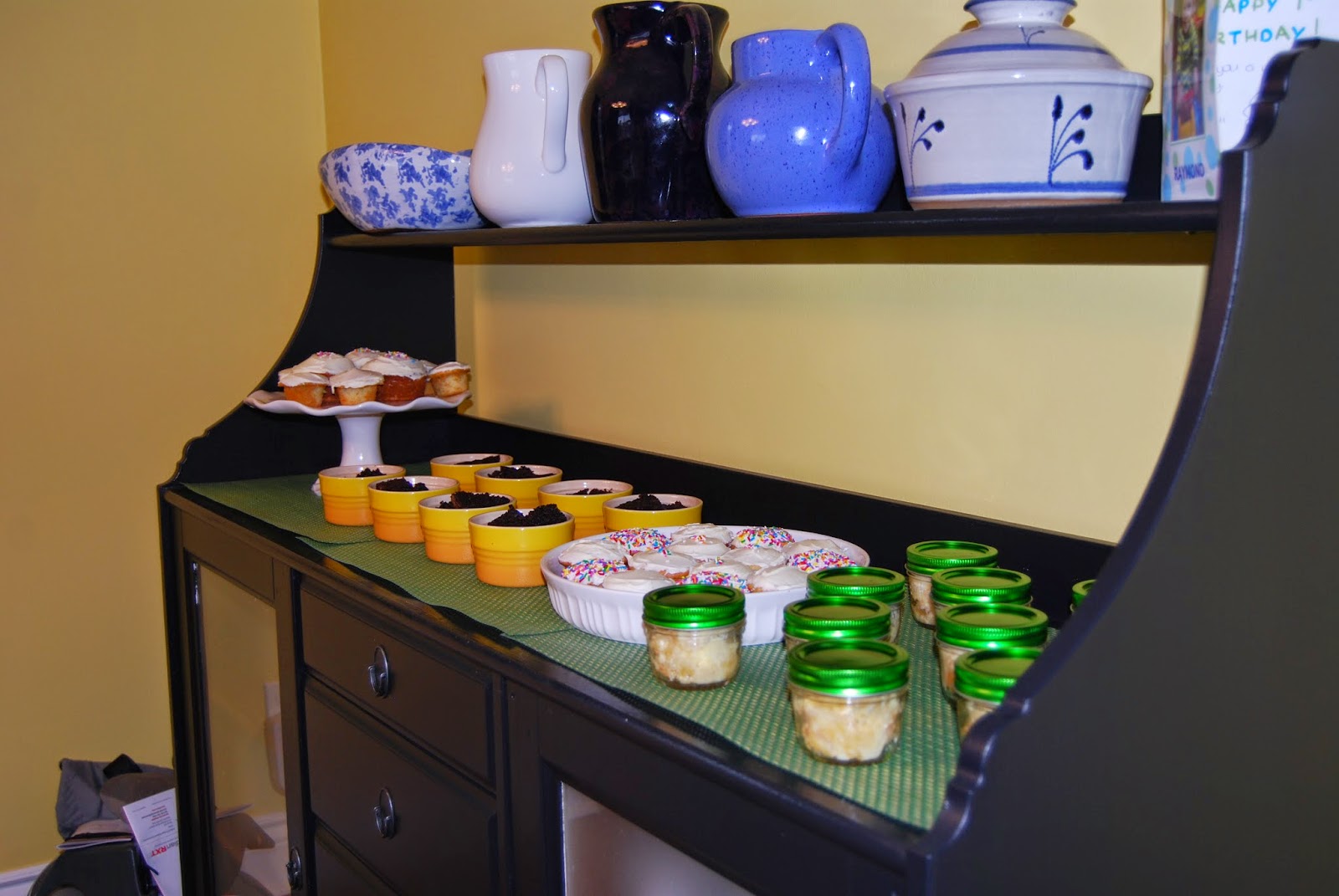 From right to left:  In the 125ml Bernardin jars with green lids was Lemon Tiramisu.  This was featured a few weeks ago in my Friday Night Dinners Project - the Vegetarian Dinner.  I put the leftovers in these individual serving sized jars and froze them for the party.  I took them out the day before the party and put them in the fridge.  When I was still in theme mode I was going to label them as "John Deerimisu" which I thought was pretty genius.  It is!  But then I didn't label them so instead they just looked pretty with their green lids.

To the left of the Lemon Tiramisu are cupcakes.  Rainbow Bit.  From a mix.  Because you can't have a kids birthday party without rainbow chip mini cupcakes smothered in vanilla icing and sprinkles.

Beside these, in the yellow Le Creuset ramekins is "Really Easy Chocolate Cupcakes" from Bonnie Stern's Friday Night Dinners.  I have not yet featured the menu this recipe is included in (you can find it here), but I make it often- I use plain yogurt instead of buttermilk.  I made it as a 9x13 cake and froze it.  Before the party I thawed the cake and broke it into pieces which I used to fill the ramekins.  I like to top the cake with French Vanilla ice cream and a Strawberry Maple sauce.

Finally, at the end of the buffet on the cake plate are more cupcakes.

And that was our party menu, not including drinks.  I am pretty sure nobody left hungry.